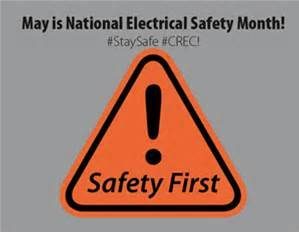 May is National Electrical Safety Month. All of us know that there is some danger with electricity but do we really know how to keep ourselves, our families and our homes safe? If you are like the author of this blog, there were some things I had to learn about this very important subject.

Firstly we want to keep our children safe. One of the most common things children do is stick objects in outlets or appliances which may possibly cause electric shock. Proper child proofing is important for babies and education as children grow older. Outlets should be covered and cords kept out of reach. Children need to be taught not to use electrical devices around water but even more then that, not to handle appliances with wet hands. Teach your child not to climb utility poles or trees that are close to power lines and to stay away from downed power lines. 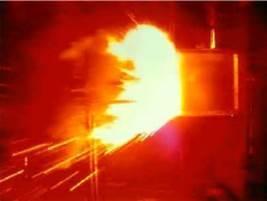 What are some ways to prevent electrical fires? You want to stay away from overheating. Firstly, know the electrical devices you have in your home. Make certain they are all functional. Secondly, check your power plug-in sources. Extension cords should not be overloaded. Electrical cords are also one of the major causes of electrical fires. Unplugging devices carefully will minimize damage to their cords. It is also important to avoid running wires and cords under carpets. This causes wear from rubbing but also can lead to overheating.   Inspect and replace cords that are loose, damaged or fraying. Always be certain to match the capacity of the device to the light bulb you are going to use. Using the wrong bulb can lead to overheating.   Lastly, have your homes fuse box and circuit breakers checked by a professional, especially if your lights tend to flicker a lot or when your circuit breaker trips all the time. Warm sockets and switches should also alert anyone to consult a technician.

Suppose you are now dealing with an electrical fire? DID YOU KNOW YOU HAVE LESS THEN TWO MINUTES TO ESCAPE? Cords, plugs and electrical fires are one of the fastest spreading fires. Once they start, you have only 2 minutes to get out of the building. In most cases, it is not the fire that kills people but the smoke that it produces. SMOKE IS MORE DANGEROUS THAN FIRE, any fireman will tell you this. Move quickly to get yourself and your family out of the building. CALL THE FIRE DEPARTMENT AS QUICKLY AS YOU SAFETLY CAN! 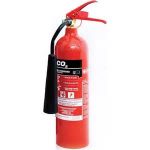 To extinguish an electrical fire with an electric fire extinguisher first IF POSSIBLE TURN OFF THE MAIN SOURCE OF POWER. Once you have done that you have made a lot of difference in preventing the fire from getting bigger. There are four basic steps to follow: Pull, aim, squeeze and sweep. There is a ring pin located at the top of the lever. Pull the pin while you are holding the unit in an upright position. Avoid pointing the fire extinguisher at another person. Next, aim the nozzle to the zone affected by fire. Ideally, you should aim to where the fire has started. Then, squeeze the lever and make sweeping motion so that all areas are fully covered by the extinguishing agent.

How to handle an electrical burn? Like any other kinds of burns, an electrical burn can possibly damage the skin and in some cases, the electricity flowing into the body may likewise result in other health concerns such as cardiac arrest and the development of an erratic heartbeat. In dealing with electrical burns, precautions must first be taken. The first part of treating burns is ensuring that the victim is no longer in contact with the source of electricity. The body is a natural conductor of electricity; hence it is possible to pass the surge of current and to cause more injuries, internal and external. First, look and do not immediately touch the victim. Turn off the source of electricity, or if this is not possible, move the source away using a non-conducting object. Monitor the vital signs of the victim. To prevent shock elevate his or her legs and place his or her head lower than the torso. Perform CPR if the victim is not breathing. Minor medical burns should be cleaned and covered with a sterile dressing.   Electrical damage is often not visible WHEN IN DOUBT CALL FOR HELP! Seek a medical professional as soon as possible.

True Clean Restoration wishes all our customer fire safety in the coming year. As always if you need duct cleaning or carpet cleaning we are here. We also repair homes damaged by fire, flooding and mold. Call us at 309-664-8577 24 hours per day. We will be there for you and your family.

This site uses Akismet to reduce spam. Learn how your comment data is processed.

Keep Up To Date!